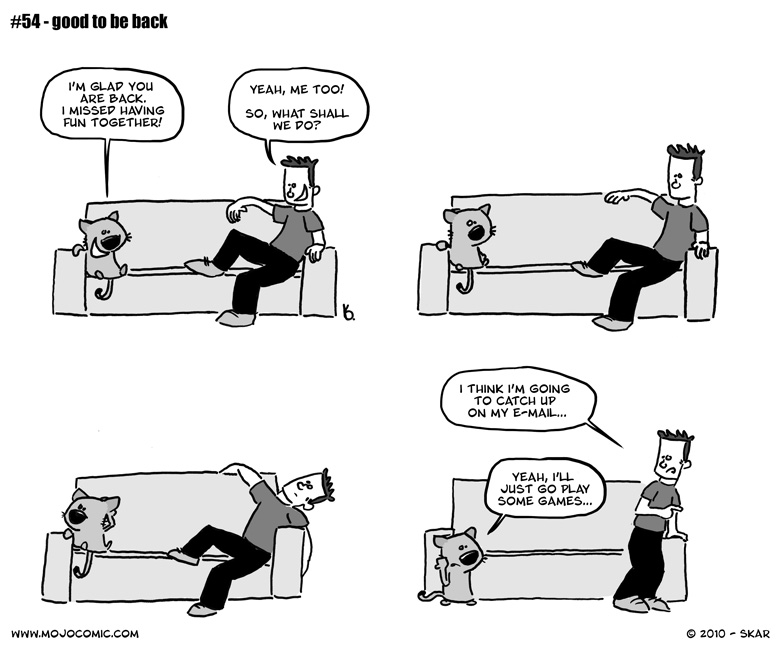 Good To Be Back

It's funny how the ideas for the comic flow. Last week I had only one rough idea, but I knew I needed more. So I started to do the dishes. Yeah, that's mostly the time I get my ideas. Or by doing the dishes or by vacuuming the house. My girlfriend really loves it if I have a creative blockade 😛

But ok, I just only had one idea. But suddenly I had a couple ideas and my original idea had even to be postponed because these new ideas had to take place before that. To make a long story short, this comic is one of the newly thought of ideas.

And I like it. Especially how Ben hangs on the couch. It's just Ben and he's bored 😀

Guest comic update: I have received 2 guestcomics as we speak. I know another one is on it's way. So my holiday buffer is pretty solid now. I like!