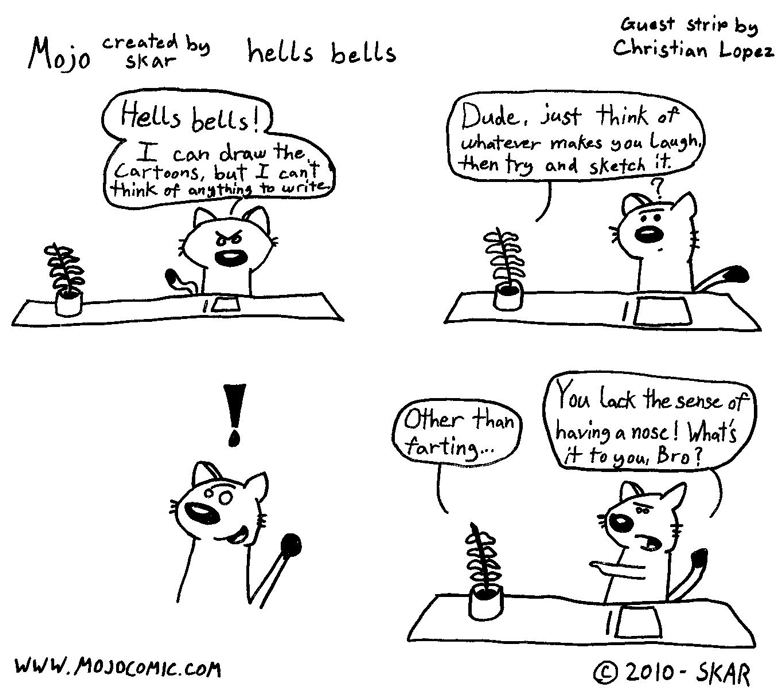 This guest strip is created by one of my biggest fans, Christian Lopez. Within one hour after I asked if someone would create a guest strip, he offered to create one and immediately dropped two drawings of Mojo - which was awesome to see, Mojo drawn by someone else.

He was a little doubtfull the joke wouldn't be as funny as he thought, but every time I read it, I  have to smile. Just can't help it. To do a fart-joke have passed my mind multiple times, but every time I didn't really need them and wanted to save them for later. And now Christian beat me to it with this awesome interpretation of a fart-joke.

This was the last guest strip. Next Thursday it'll be a comic from me again. So see you then!