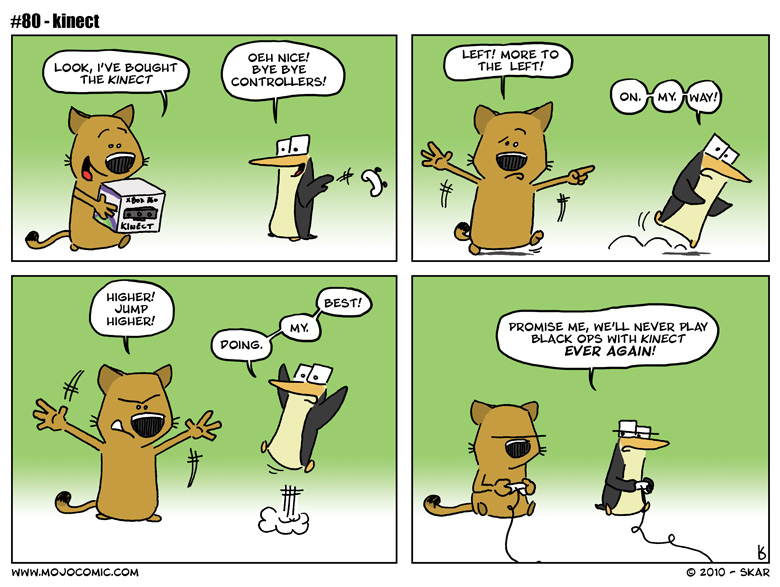 I start to notice a funny thing with my comic. I often write out of my own experience, so when it's snowing, my comics have snow it them and when I'm enthousiastic about a new game, the game is often mentioned in the comic. But one thing people often forget is that Mojo is not auto-biographic. Not everything I write about, is from my own experience. Last time when Mojo was checking comics on his iPad, people asked if I had bought an iPad. Which I have not.

And I kinda expect the same question now again. But no, I have not bought the Kinect. But I do have played with it. And it worked better than I expected. There was still some delay, which made it sometimes harder to play with it like you would want to.

But ok. Still need to restyle the site and also need to write my post about the Cookbook Project 😛