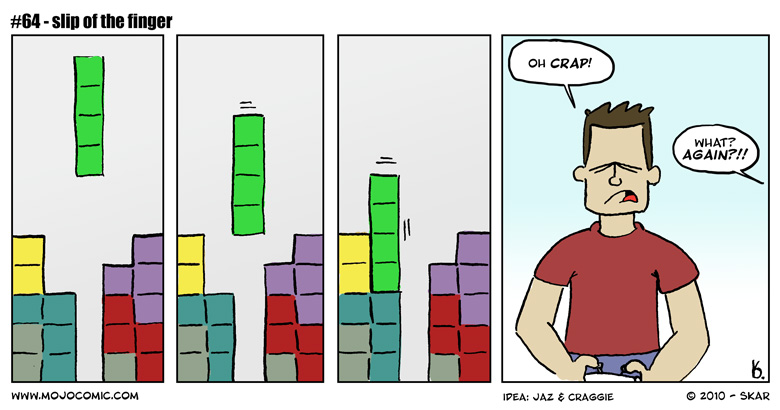 Slip Of The Finger

Who doesn't recognizes himself in this situation? Happened to me also often.

The idea of this strip was originally from my brother Jaz and my best friend Craggie. They brainstormed for some guest strips but never got to actually creating them. I just loved this idea, so (after asking for permission) I now used their idea.

Still think the joke is awesome. So simple, but so funny.