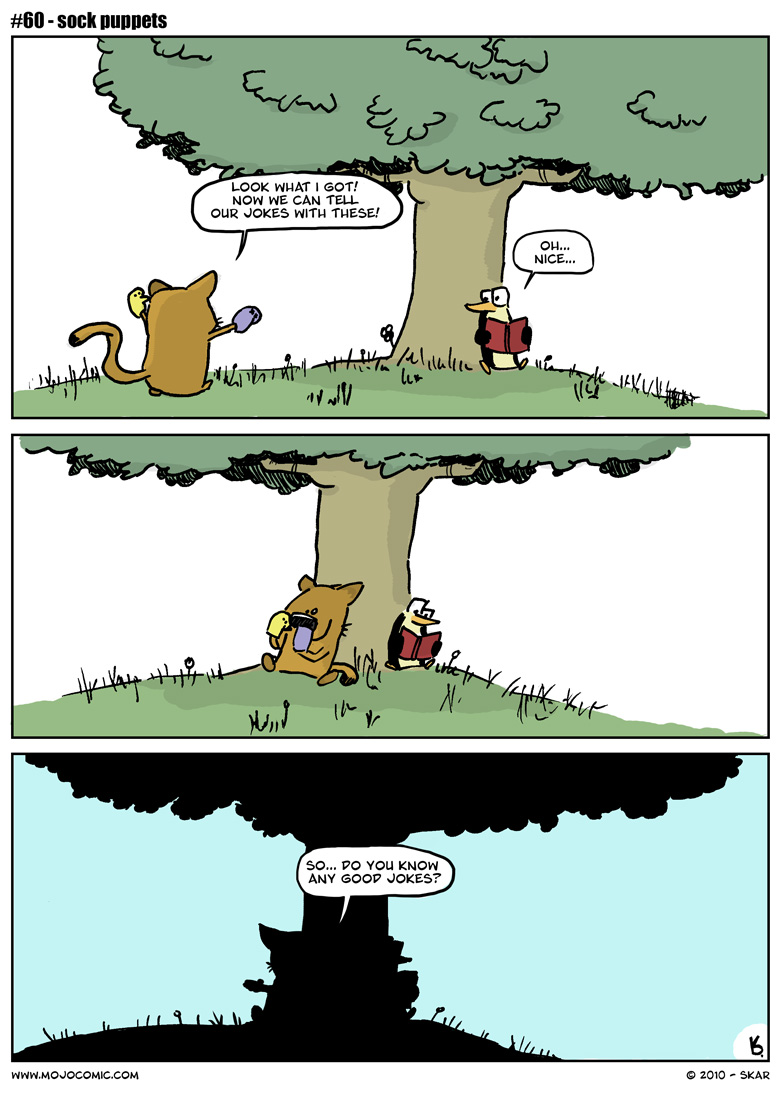 W0000t! It's number 60 already. Time flies... and to celebrate this anniversary, I've done the comic in color. Nah, that's not the reason. I wanted to do the comic in color for a long time, but never dared to do it. Especially because that would mean, I had to choose what color Mojo is.

I think he's brown-ish with a little orange influences. But coloring the comic was more work than expected, but the whole proces (sketching, inking, fixing up on the computer and then coloring) was heaps of fun. I really don't understand why I sometimes prefer to play games instead of drawing.

I'm still thinking what to do with the colors... it gives Mojo so much more 'feeling'. Maybe I should do a color comic more often... maybe every comic in color from now on? We'll see 🙂