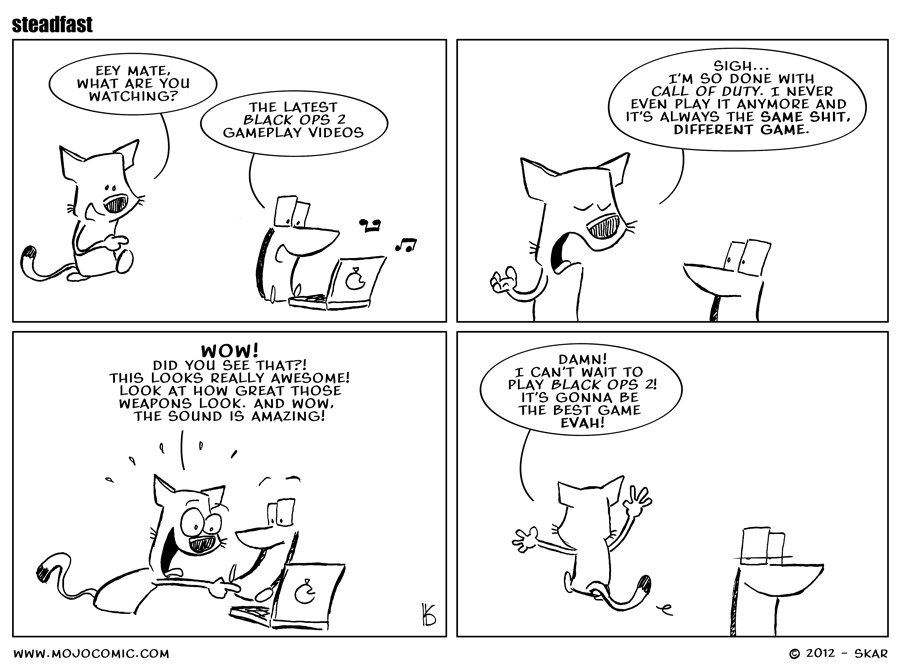 This comic is - like a lot of the comics - pretty close based on my own life. For a long time I didn't want to know anything about Black Ops 2... but after the recent gameplay videos and interviews, I preordered it last week. Yes, I know, I'm guilty. I almost wanted to switch to Medal of Honor: Warfigther (just like last year I wanted to switch to Battlefield3 instead of Modern Warfare 3).
And I guess I will eventually buy MOH:Warfighter as well... but for now I mostly play singleplayer games, like DarkSiders (which I recently picked up again).

I used to be a very loyal Call of Duty player. Played it almost every day after work, but the last couple of years the frequency got less and less. And now I think I haven't played it for weeks. Maybe picked it up for one evening a couple of weeks ago... but not as much as I used to play it. But after seeing the Black Ops 2 footage, I'm hyped again and really looking forward to play it. So yes... marketing and hypes do work. ^^