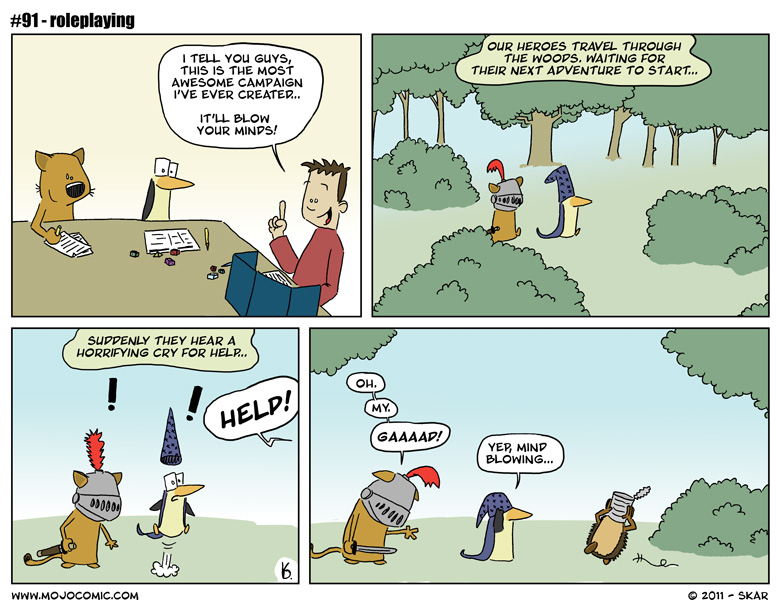 Never played a roleplay game myself. Still want to try Dungeons & Dragons some day... but don't know anyone who plays it, and I guess it's too hardcore for me. I just want to go on an adventure, not building and developing my character. Heard about a game called Descent recently, that sounded nice. Just doing quests in a dungeon and it's all about having the adventure, not deep and hardcore roleplaying. But we'll see about that.

There is still time left to create a guest strip, people! The baby being born is getting near and I can still use guest strips! They would give me so much more time to spend with my child. You don't want my future child to be without a dad, would you? So grab a pen and paper and create something for me! Thanks in advance!